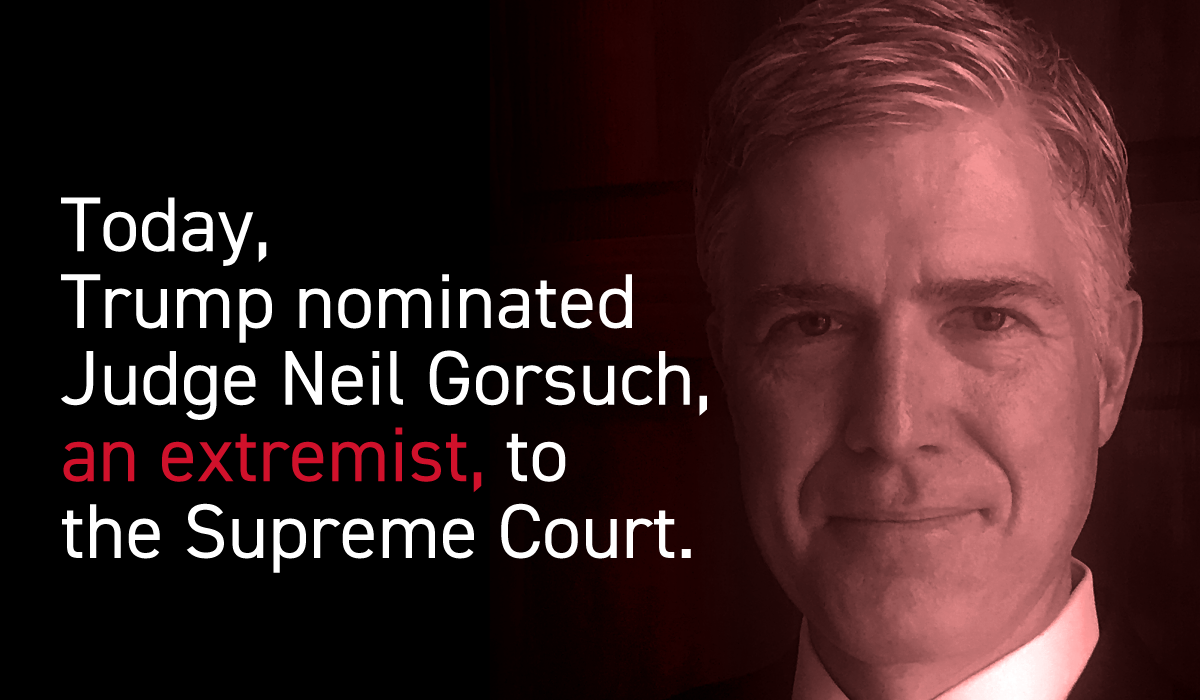 President Trump has nominated Judge Neil Gorsuch, a Judge from the 10th Circuit of Appeals, for a lifetime seat on the Supreme Court of the United States. Trump won with 46% of the vote, it is essential to the fabric of our democracy that he pick a consensus candidate that would put the values of all American people ahead of party politics.

Neil Gorsuch would be Wall Street’s best friend and put the agenda of huge corporations and special interests ahead of the rest of us. His record shows that he would take us back to a bygone era on women’s and LGBT rights, and would threaten important protections for clean air, clean water, workers, and safe food and medicine that we all depend on each day.

Judge Gorsuch’s record does not demonstrate respect for our constitutional values of liberty, equality, and justice for all. He has a troubling record of hostility towards women’s reproductive rights, to issues of discrimination, and to police brutality. This raises significant concerns about his ability to be open-minded, fair, and guided by the Constitution and the rule of law instead of his own political agenda.

We need YOU to sign this petition now to tell Senator Dean Heller and Senator Catherine Cortez Masto to vote NO on Judge Neil Gorsuch's nomination for Supreme Court of the United States. We demand that they side with the American people, and now the power is in our Senator's hands. There should be a ban on voting on the nominee until "extreme vetting" can occur.